PG | 2h 9min | Family, Fantasy, Musical | 17 March 2017
The moment where Belle refuses Gaston’s proposal and opens a door on him so he falls right into a puddle? Classic moment! This time he just steps in a puddle as he walks away
Phillipe the horse was also disappointing but I guess animals have infinitely more character in cartoons? So maybe I’m just being picky?
But there was a lot to love in this film too 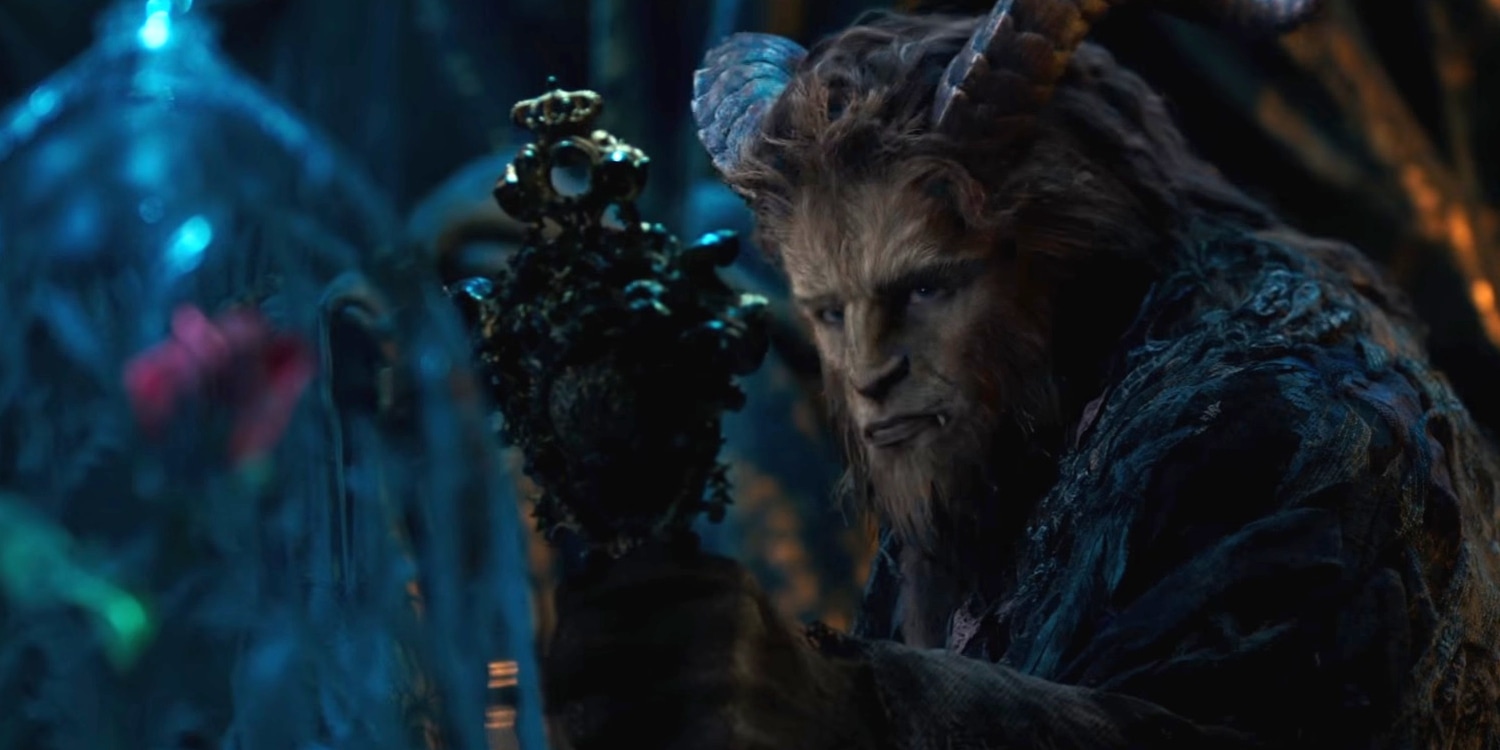 I really loved Emma Watson as Belle, as she has said in interviews she brought more back story to her character, she’s as much an inventor as her father is in the original and every bit the book worm we loved. Despite her constant misfortune, she always has hope. I thought her singing was good, certainly good enough for her character. She totally rocked her beat up boots with every outfit, even her yellow ballgown. 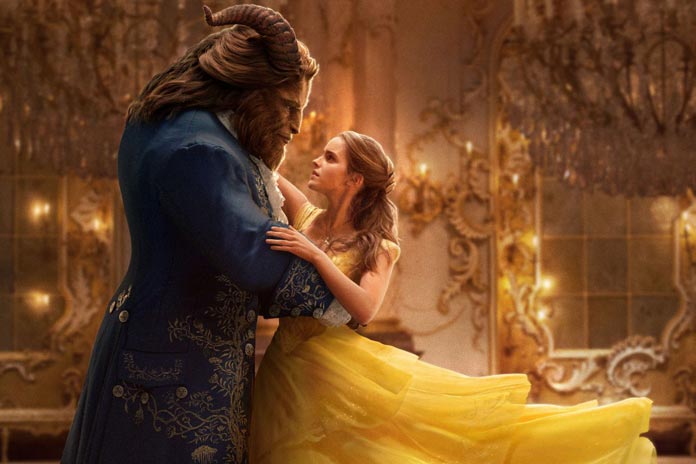 The Dan Stevens beast looked visually amazing, his animal like face was really expressive showing a range of emotions. He had a great song as Belle leaves him to save her father, he climbs to the roof watching her leave and sings out his sorrows, it felt really phantom of the opera esque. He is everything that you would want from the beast, he’s rude and abrasive and scary but softens and is eventually charming and they bond over a shared love of poetry and literature that is re kindled by belle. His character also has more story added as the household staff or furniture describe how like Belle he had lost his mother and the guilt they shared in not stepping in to protect him from his cruel father.
Lumiere was of course the most likable character in the film, he was every bit the charming, fun filled counter to Cogsworth serious grumpiness. They were the perfect double act, everything we loved from the original film, Mrs Pots was lovely but it was a shame not to see more of chip the teacup. All the other furniture were brilliant fun, we loved Madame Garderobe the wardrobe especially when she dresses some of the villagers when they attack the castle, she is the most fun!

Gaston and LeFou were a great double act, Gaston was thoroughly vain, misogynistic and rude he was the perfect villain it was a shame not to see more dancing in his big musical number, but it was pretty fun all the same and his spitting was very impressive. LeFou was a loyal and besotted companion and as the film progresses you begin to feel sorry for him with his sad tale of poor judgement and unrequited love, we hope he got his happily ever after at the end of the film, he certainly didn’t seem devastated this his best bud had plunged to his death!

All in all this is a heart-warming sentimental addition to the Disney Princesses cinematic universe, playing it safe and making a paint by numbers copy of their wonderful cartoon appears to be paying off for Disney.
We can’t wait for a Disney Princesses Assemble film in the coming years, it may even be out before The Batman film at this rate!